What is Chicken Salami?

The chicken salami indicates the sausage, specifically a smoked sausage that means the chicken made with chicken and likewise pork. Salami is made up of chicken, and its inner stuffing is not pork, but the chicken itself. Salume is a singular form of Salami, and it uses raw meat that is salt-cured, but not cooked and air dried so you can make it safe for eating. Salami is cured for a few days to get the desired flavor. To dry salami, it is hung for 3 to 5 days at room temperature. Air drying starts the fermentation process that boosts the growth of good bacteria so that meat has a tangy flavor.

As the salami gets matured, the coarse and dry texture develops a red coloring. The aroma will be intense, and the flavor will be mild to spicy. You can find various types, sizes, and shapes of salami. Other varieties of salami include French, Danish, Italian, and German, each with slightly different flavors.

Origin of the Chicken Salami

Salami chicken was first introduced in Italy. In several parts of Northern Italy, Goose salami is also famous. Salami can be made up of other meat. The producers also use other meat like poultry.

Currently, chicken salami is consumed across the world because it has a delicious taste. Salami can be made up of other meat. Specific sausage, completely consumed as sausage or as a roll.

Salami word came from one word of Italy named ‘salare’ that determines salt. The first salami was prepared with pork, and chicken is also used in the salami. Salami helps in digestion because it has lactic acid and bacteria for digestion.

The Popularity of Salami Chicken

Salami is not only yummy, but it is also beneficial for your health. Salami is homogeneous and ductile. Enzymes enhance the aroma of the chicken, and it is not only delicious but amazing smelling too. Salami chicken has its own benefits as far as its preservation is concerned. Salami can stay stable and without getting dried for a long period of time. The acidic feature of salami because of the lactic acid can help improve the digestive system.

To prepare the salami chicken, follow the below steps:

Before fermentation, chicken is processed and mixed with other ingredients. These ingredients include sugar, salt, spices, and yeast. In some cases, the salami has a bacterial starter culture.

Fermentation is done to get the desired flavor. It is also helpful in developing a particular texture needed for the salami. Direct acidification has an impact on denaturation and uneven coagulation that as a result, form unwanted texture in specific salami. So, it is necessary to perform fermentation adequately. To make a controlled fermentation, a specific fermentation should be done in extra humid conditions. To cure the bacteria, sugar is also added.

After the fermentation process, drying is done. It makes sausage airtight. As a result, while a mould could be flour covering remains applied, and salami becomes immune to photo-oxidation. The process of ripening and drying is done within the next step of the fermentation. Over half of water is evaporated in the procedure, but further water loss is restricted via packaging.

How to Make Chicken Salami?

Now, let’s have a quick look at the recipe for chicken salami:

From this blog, you come to know various new things about chicken salami. You have also learnt how to make salami in an easy way. And, you learn about how it is prepared and the whole process starting from preparation to fermentation and drying. In addition to this, you also have an idea of the nutritional value of salami per serving or in 10 g of salami. 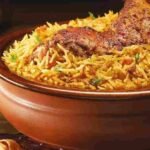 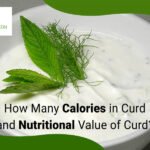 How Many Calories in Curd and Nutritional Value of Curd? 14th October 2021 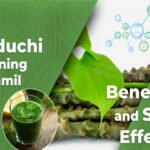 Guduchi Meaning in Tamil, Benefits, and Side Effects 25th October 2021 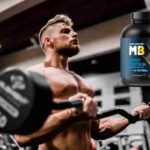 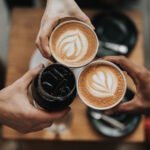 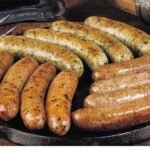 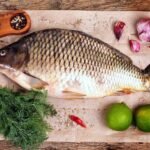 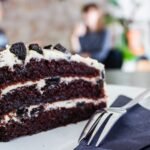