In today’s blog, we’ll discuss the best Bollywood comedy movies from 2015 to 2020. We hope you would like to watch a comedy movie, that’s why you have landed on this page. Let’s start by discussing the comedy movies list:

The Best Comedy Movies Bollywood of 2015

Singh is Bliing movie featured Akshay Kumar, Amy Jackson, Lara Dutta, and Kay Kay Menon. The movie was produced by Ashwini Yadi and directed by Prabhu Deva. The storyline of the movie was like a lazy Sardar Singh runs away from his duties and that’s why his father asks him either to get married or go to Goa to do work with a friend.

The storyline of the movie is based on two gangsters who decide to stop spending the life of criminals. They turn to their old ways when they are unable to get a perfect match for their sister.

One of the best movies from the year 2015 is Tanu Weds Manu Returns, which is directed by Aanand L. Rai. It was a sequel of Tanu Weds Manu released in 2011. The movie features R. Madhavan, Kangana Ranaut, Jimmy Shergill, Deepak Dobriyal, Swara Bhaskar, Ejaz Khan, and many more. After Tanu and Manu get separated, the actor meets Datto who looks the same as her ex-wife. The storyline is also very amazing.

The movie is directed by Rohit Shetty and it features King of romance Shah Rukh Khan, Kajol, Kriti Sanon, and Varun Dhawan in lead roles along with Johnny Lever and Boman Irani.

A man marries three women, and they live in the same building. In the movie, you’ll stick to it till the end of the movie.

The director of the movie is Luv Ranjan and it is produced by Abhishek Pathak. The movie features Kartik Aaryan, Omkar Kapoor, Sunny Singh, Nushrat Bharucha, Ishita Raj Sharma, and Sonnalli Seygall, etc.

In the movie, three men fall in love with three different women at the same time. You’ll see the dark side of love in the movie but in an entertaining way.

The movie Phir Hera Pheri is the sequel of Hera Pheri, which was released in the year of 2000. The movie features various top comic actors as it features Akshay Kumar, Paresh Rawal, Sunil Shetty, Johnny Lever along with other faces, including Bipasha Basu and Rimi Sen. In the movie, three people get cheated by a con artist. The story is amazing, so you must watch it.

Housefull 3 movie is directed by Sajid-Farhad and produced by Sajid Nadiadwala. The movie features Akshay Kumar, Abhishek Bachchan, Ritesh Deshmukh, Jackie Shroff, Johnny Lever, Nargis Fakhri, Lisa Haydon, and Jacqueline Fernandez, and many other faces. The father of girls has superstitious beliefs that make him not want his daughters to get married. However, girls’ boyfriends try to prove themselves that they are perfect for the girls.

The movie is directed and written by Mudassar Aziz and co-produced by Krishika Lulla and Aanand L. Rai. It is a Bollywood comedy movie full of drama. A girl runs away on her wedding day so she can marry a guy she loves. But, there is a twist when she arrives in Pakistan in the house of a Pakistani politician. The movie features Ali Fazal, Diana Penty, and Abhay Deol in lead roles.

The Best Comedy Movies Bollywood of 2017

One of the best movies released in 2017 was Hindi medium that features Irrfan Khan, Deepak Dobriyal, and Saba Qamar. It raises a social issue in a funny way that grabs people’s attention. The movie is all about the obsession with the English language, scam of kindergarten admission at top English medium schools.

In the movie, Raj and Mita want their daughter Pia to get admission to a top private and international school. The movie is very interesting, so you should watch it.

The movie features Ayushmann Khurrana and Bhumi Pednekar. It is directed by R.S. Prasanna and produced by Aanand L. Rai and Krishika Lulla. The movie shows the social issue of erectile dysfunction. The movie has won several awards. In the movie, Mudit Sharma proposes to Sugandha Joshi. And when they become physically intimate, then a girl finds that Mudit has erectile dysfunction. They try to overcome this problem, and it becomes more fun. But the story tells the truth about society.

Judwaa 2 is the sequel of Salman Khan’s movie Judwaa. This Movie Judwaa 2 features Varun Dhawan, Tapsee Pannu, and Jacqueline Fernandez. The movie is full of entertainment and fun. In this movie, Rajeev Malhotra is blessed with two twin sons. And one of his sons gets kidnapped by the criminal Charles. And then he moves with his son to London, and Kashibai raises his other son Raja. The movie is very interesting, you should watch it.

The movie is about five individuals who grew up in an orphanage. They come back to that orphanage because their mentor passed away, and the orphanage organizes a funeral for him. As the movie goes, it becomes more interesting.

Fukrey Returns is the sequel of the movie Fukrey, which was released in 2013. The movie features Pulkit Samrat, Ali Fazal, Manjot Singh, Priya Aanand, Varun Sharma, Richa Chadda, Pankaj Tripathi, and Vishakha Singh. The Fukrey Return somewhat starts from where Fukrey ended. Hunny, Choocha, Zafar, and Lali get back to their lives, but they get shocked when they hear the news that Bholi Punjaban has returned from Prison. You are not going to be disappointed, so just go to this movie.

Are you looking for the best comedy, romantic, and emotional factors in one movie? So we would recommend this movie to you. The movie revolves around a boy Badri who is a son of a very rich man, and he meets Vaidehi at a wedding. They fall in love, but Vaidehi wants to fulfill her dreams, and Badri just wants to marry her. The storyline is amazing, so you should give this movie one chance.

Another one of the best movies of 2017 is ‘Behen Hogi Teri’. The movie revolves around a man named Gattu who loves a girl named Binny. He is forced to treat her like a sister. He ends up fighting with everyone to marry her. The movie offers a great drama.

The Best Comedy Movies Bollywood of 2018

You must watch this movie as it promises to deliver fun and entertainment. The movie features Ayushmann Khurrana, Sanya Malhotra, Neena Gupta, Gajraj Rao, and Surekha Sikri, and many more faces.

The story revolves around a man who has to face embarrassment when his mother announces her pregnancy news. The movie is good and delivers entertainment.

The movie features Rajkumar Rao and Shraddha Kapoor. Movie revolves around a village where they get scared of a woman who kidnaps men after calling their names. The movie is the perfect combination of horror, drama, and comedy.

The movie features Kartik Aaryan, Sunny Nijar, and Nushrat Bharucha. In the movie, Sonu and Titu are two best friends, and Titu decides to marry Sweety who is after his money. But Sonu tries to show her real face to Titu. The movie’s entertainment graph is very high.

The Best Comedy Movies Bollywood of 2019

The movie features Kartik Aaryan, Kriti Sanon, Vinay Pathak, Pankaj Tripathi, and Aparshakti Khurrana, and many more. Guddu and Rashmi love each other, and Guddu wants to marry Rashmi. But Rashmi wants to live in a relationship first to check compatibility. But when their families assume that they have gotten married, and then the movie turns funny and entertaining.

The movie’s star cast includes Ajay Devgn, Rakul Preet Singh, Tabu, Jimmy Shergill, and Javed Jaffrey, and many more. In the movie, 50 years old businessman Ashish Mehra comes back to India with his 26 years old girlfriend. After that, they meet his ex-wife Manju, son Ishaan, and daughter Ishita. You should watch this movie.

Angrezi medium is produced by Maddock Films and it is the sequel of the Hindi Medium movie. The movie revolves around a father and daughter. A man lives with his daughter, and his daughter wants to study abroad. It is a pretty much different and interesting movie.

The movie is directed by Rajesh Krishnan and the movie is packed with fun and entertainment. The film features Kunal Khemu and Rasika Dugal. In the movie, you’ll see a hero dealing with a huge amount of money. Overall, the movie offers you entertainment till the end.

The movie is directed by Aanand L. Rai and the movie revolves around gay couple Aman and Kartik. And, in the movie, they try to convince Aman’s family of their relationship. The movie delivers a good message to society, but still, it is an entertaining movie.

The movie was produced by Vinod Bachchan. The movie’s basic concept is when a boy meets a girl, and then they encounter an arranged marriage. The script is pretty much simple and predictable but it delivers an emotional message. 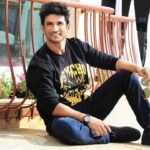 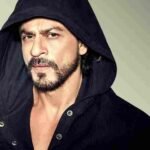 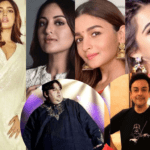 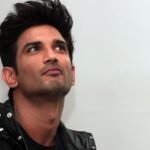 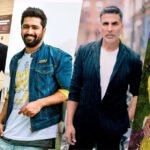